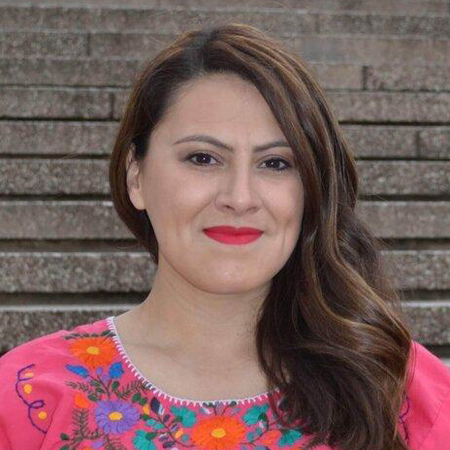 Dr. Zaragoza experienced subtracting schooling as a first-generation Mexican American in rural Wyoming. As a child, she felt disconnected from her culture—being one of the few Mexicans at school. It was not until college that she understood the pivotal role of ethnic courses. The lack of a diverse education early on and a ban on ethnic studies drove her to become an agent of change and a social justice advocate in education.

Oregon made history five years ago when it became the first state to require all K-12 public schools to teach ethnic studies standards and curriculum. However, ethnic studies still have not been implemented statewide. Dr. Zaragoza felt the next step for her was to join the ethnic studies movement–to teach others about the benefits of having ethnic studies courses as part of academic curriculums. She began teaching Mexican American studies and bilingual education courses during her doctoral and master’s programs. She introduced ethnic studies to educators so they could pass the knowledge to their students and colleagues.

Ethnic studies are needed if the education system wants to keep up with today’s diverse society. Between fall of 2009 and fall of 2020, the percentage of public school students who identified as Hispanic increased from 22 to 28 percent. The rate of public school students who identified as White decreased from 54 to 46 percent, and those who identified as Black decreased from 17 to 15 percent[1]. Teaching students information that relates to their lived experiences gives them a sense of self, boosts confidence, and keeps them grounded in their culture. According to a study evaluating San Francisco State University’s ethnic studies courses, ethnic studies majors graduate at a rate about 20 percent higher than non-ethnic studies majors due to the close relationship between students and faculty[2].

Dr. Zaragoza’s lived experiences and the close relationship with her ethnic studies mentors in college encouraged her to continue her education and pursue her doctorate. She wanted to change the narrative for students of color who had never met a person of color in higher education.

As the northwest regional educator network coordinator, she oversees a coordinating body that helps educators develop a more diverse and inclusive curriculum. Dr. Zaragoza plans to open a charter school that centers on students and works on culturally responsive curriculums.

"National Hispanic Heritage Month celebrates our culture," said Dr. Zaragoza. This month is a way of paying tribute to our ancestors and a call to action to keep ethnic history alive.