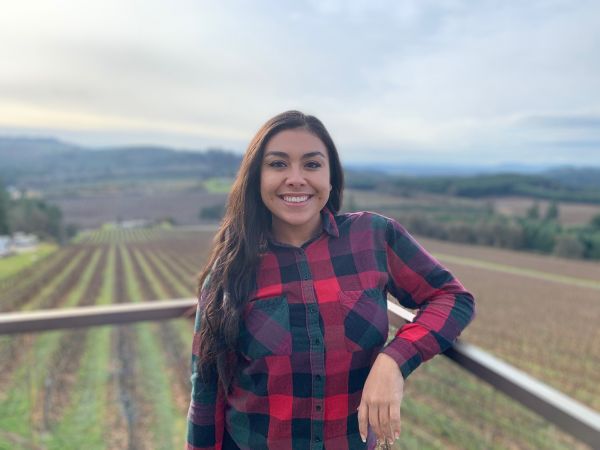 Reyna Lopez grew up in Salem, Oregon, and graduated from Willamette University a B.A. in Political Science and Sociology. Being the daughter of immigrant parents shaped her into a fierce leader, advocating for the Hispanic community in Oregon for more than a decade.

Lopez’s social justice work led to her receive numerous awards, including the Immigrant Award from the American Association of Immigration Lawyers of Oregon, Portland Business Journal’s 40 under 40, and Willamette University’s Young Alumni of the Year Award.

Before joining PCUN, Lopez was the Civic Engagement Director at Causa, leading the Yes on 88 Campaign, Oregon’s first bilingual-bicultural ballot measure campaign. She also founded the organization’s New American Voter’s Project and worked tirelessly to win tuition equity for Oregon’s Dreamer population. Lopez fought for gender justice as the Organizing Director at Family Forward Oregon and developed programs around paid family and medical leave. At Our Oregon, as the Outreach Director, she managed the fellowship program and the organization’s base-building efforts for Oregon revenue reforms.

Lopez’s track record demonstrates her passion for helping the Hispanic community. Achievements like hers are why National Hispanic Heritage Month is so significant, allowing us to recognize individuals making positive impacts in our community.