On April 21, 2016, Partners in Diversity team members attended the Asian Reporter Foundation’s Annual Scholarship and Awards Banquet to celebrate Founder Vicki Nakashima, who was named a "Most Honored Elder." Vicki is a dedicated community advocate and Partners in Diversity is grateful to have her continued support.

Vicki is a third-generation Japanese American (sansei). Her grandfather emigrated from Tottori, Japan around 1900 and her grandmother was one of the first “Picture Brides.” Much of Vicki’s family was interned during World War II at Minidoka, while her parents were sent to Tule Lake due to her father’s activism.

Vicki, now retired, worked as the director of multicultural health for the Oregon Department of Human Services. She was an American Leadership Forum Senior Fellow (Class XIII) and has been the recipient of many accolades, including the Portland State University Center for Women, Politics & Policy 2010 Women Leaders of Oregon Award, the Herm Gilliam Spirit Award (2011), the World Arts Foundation Lifetime Achievement Award, and the Vancouver Avenue First Baptist Church Coretta Scott King Award.

Vicki has a son, Lloyd, daughter-in-law, Bethany, and a two-year-old grandson, Jalen. Her many volunteer activities include the Partners in Diversity Leadership Council, including serving as its first executive director; the Marylhust University Board of Trustees; the City of Portland Golf Advisory Committee; the Oregon-Toyama sister-state relationship; and the Western States Golf Association. She is an avid golfer and often officiates golf tournaments for youth and adults. She also enjoys shopping at thrift stores and being an extra on film sets for movies and television. 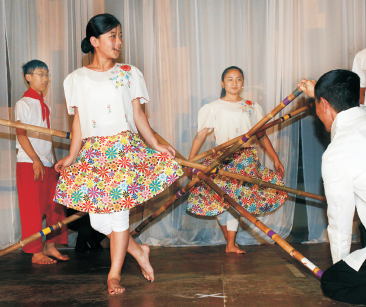