As the Portland-metro area becomes more and more diverse, it will be increasingly necessary to identify and address barriers to job access for a changing population. More people in diverse communities, including English Language Learners (ELL), need access to good paying jobs and employers need more options to recruit a range of talent locally, bringing globally competitive advantages to their businesses.

In 2014, Partners in Diversity and the Portland Business Alliance joined forces to create the Workforce Diversity Project (WDP) – a three-year grant-funded endeavor that sought to understand how qualified, diverse workers could better connect to businesses that need a strong labor supply for manufacturing, healthcare and other skilled trades jobs – jobs that pay a living wage.

The results of this project reveal unique insight on how Portland-metro area employers can more successfully diversify their workforce and gain a competitive advantage with multicultural talent that exists in this community and better reflects a changing global customer base.

Some of the key findings show that:

Traditional methods of recruiting talent do not work when reaching communities of color or English Language Learners. Members of those communities do not know where to look for jobs even though there are many workforce development organizations in the Portland area. Recruiters must increase their community involvement in order to have success.

Immigrants and refugees to the United States who have advanced degrees from foreign universities need stronger pathways to find work in their fields. Many are working in unskilled, low-wage jobs when their education and experience could be better leveraged as a competitive advantage for businesses.

Language barriers during the recruiting stage and throughout employment need to be addressed. Workers who can communicate easily with recruiters, coworkers and supervisors can better understand job expectations and contribute to a company’s culture.

In November of 2014, Partners in Diversity commissioned its first baseline report through the Portland State University Institute of Portland Metropolitan Studies. The report established benchmarks against which regional progress could be measured and focused on the Portland area’s manufacturing, health care and skilled trades sectors. Using data from the U.S. Census Bureau and the American Community Survey, researchers identified the number and types of jobs that exist in the Portland area, as well as who fills them and salaries. They also looked at the job market forecast in these sectors. 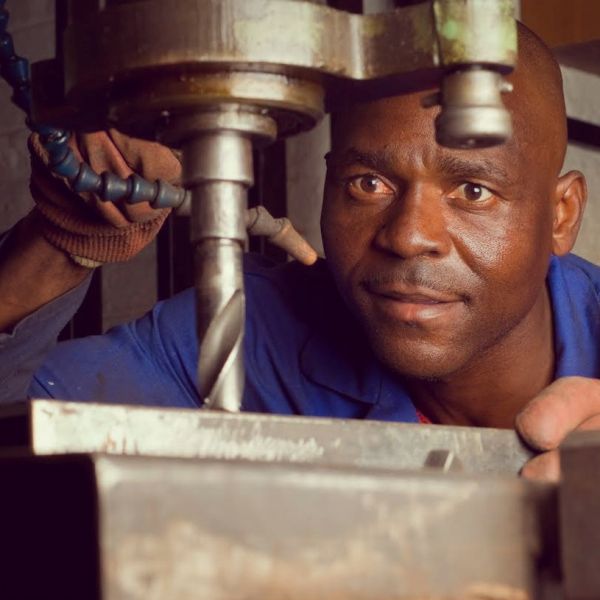 In August of 2015, Partners in Diversity commissioned its second baseline report through the Portland State University Institute of Portland Metropolitan Studies. The report is an addendum to the first baseline report, Demographic Analysis of the Healthcare, Manufacturing and Skilled Trades Industries, focusing only on female workers. The report explores whether female workers are gaining the same economic advantages as their male counterparts in the Portland area’s manufacturing, health care and skilled trades sectors. 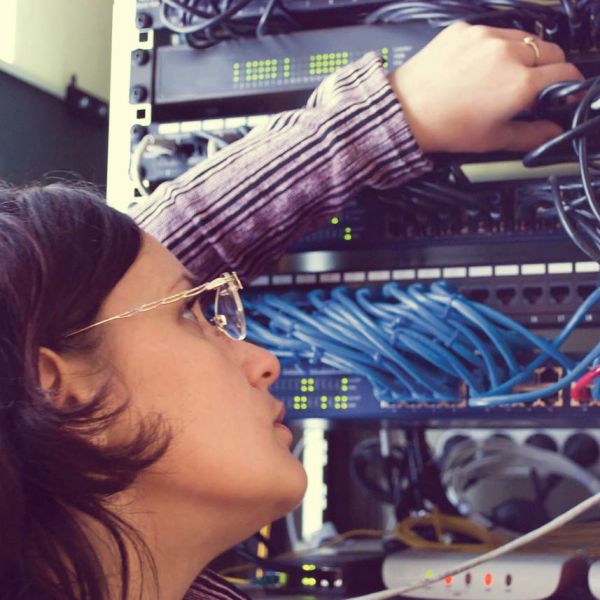 In March of 2016, the Workforce Diversity Project finished conducting surveys and interviews to better understand how job seekers, including English Languge Learners (ELL), look for work and how employers recruit for open positions.
Job Seekers
To gain the broadest understanding possible, researchers worked with community representatives to conduct a survey in 9 languages, including Arabic, Chinese, English, French, Persian, Russian, Spanish, Swahili, and Vietnamese. In total, 547 paper and online surveys were returned. 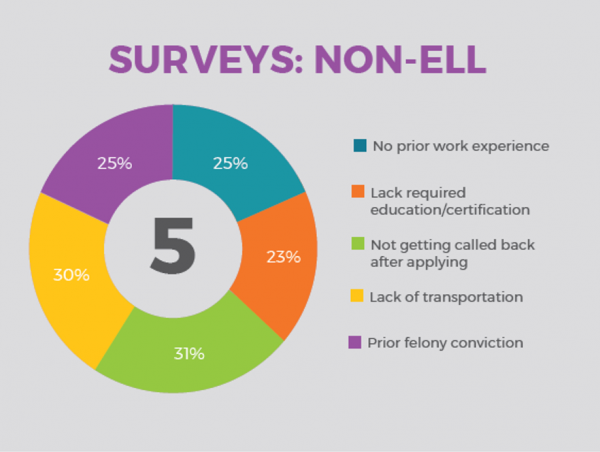 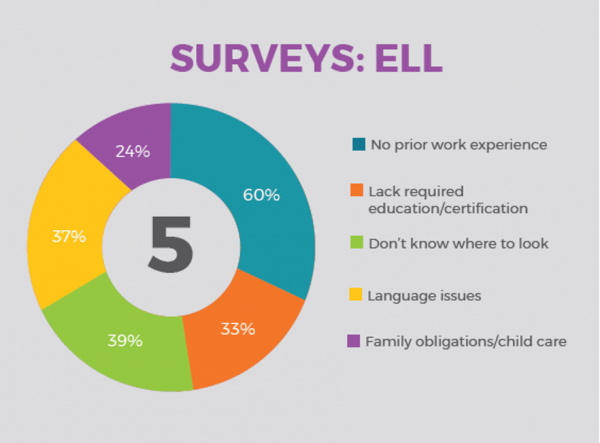 Employers
Researchers also connected with 18 employers within the three business sectors, unions and staffing agencies. They asked how recruiters find candidates from communities of color and what, if any, changes they implemented to attract individuals from the region’s increasingly diverse workforce.Many organizations focused on hiring a more diverse workforce, but did not know the best ways to recruit in these communities. With limited resources, many used traditional methods to recruit, such as posting ads in ethnic newspapers or sending job openings to community advocacy organizations that do not focus on workforce development. These efforts did not always capture the attention of diverse community members who were eligible.

On April 28th, Partners in Diversity gathered community members, educators, unions and business leaders to develop recommendations on how to address the challenges identified through baseline research. Participants developed solutions to help connect employers in the skilled trades, manufacturing and healthcare sectors to professionals of color and English Language Learners. The solutions generated were used to shape the third phase of the project – action. 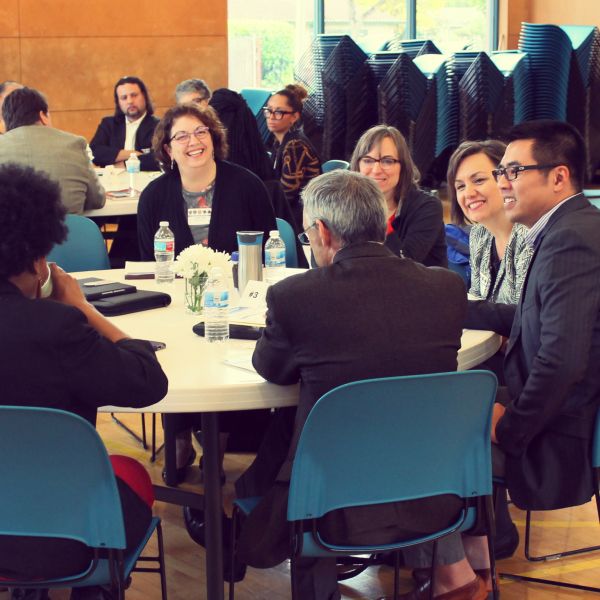 On October 26th Partners in Diverstity hosted a small gathering of community representatives and experts to discuss the challenge of immigrant and refugee re-credentialing. The gathering took place at Portland Community College SE and was hosted in partnership with the Oregon Commission on Asian and Pacific Islander Affairs (OCAPIA) and Senator Michael Dembrow. Experts and leaders in the immigrant and refugee communities were also invited to identify the barriers being experienced in specific job sectors and provide specific insights on: 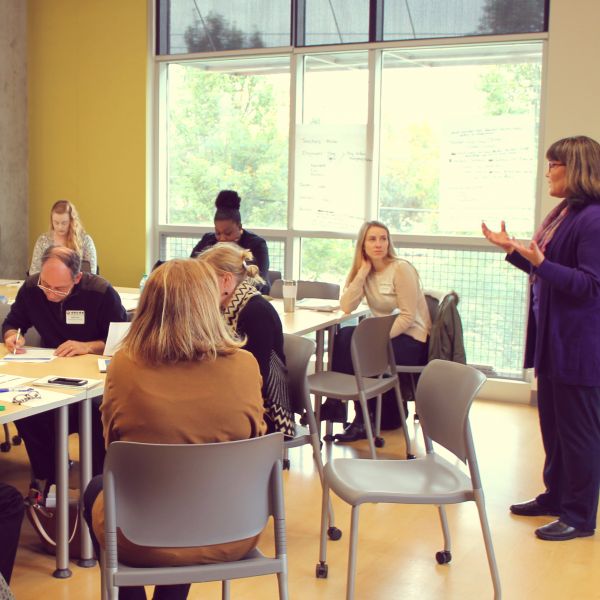 In June of 2017, Partners in Diversity released its final Workforce Diversity Project report, entitled Building Workforce Diversity: The Portland Region’s Workforce of Tomorrow. The report reveals unique insight on how Portland-metro area employers can more successfully diversify their workforce and gain a competitive advantage with the multicultural talent that exists in the region. 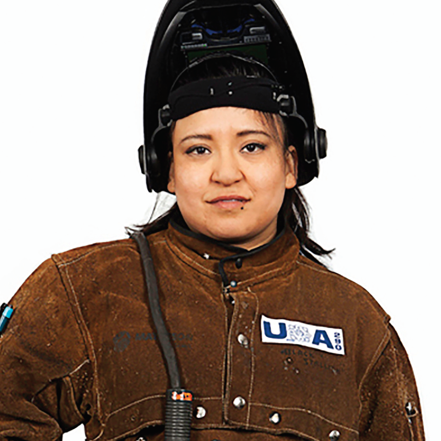 On June 22nd, Partners in Diversity hosted a community meeting to share findings from its final report – Building Workforce Diversity: The Portland Region’s Workforce of Tomorrow. Attendees also brainstormed ideas on how to best disseminate the findings to communities of color, English Language Learners and employers. 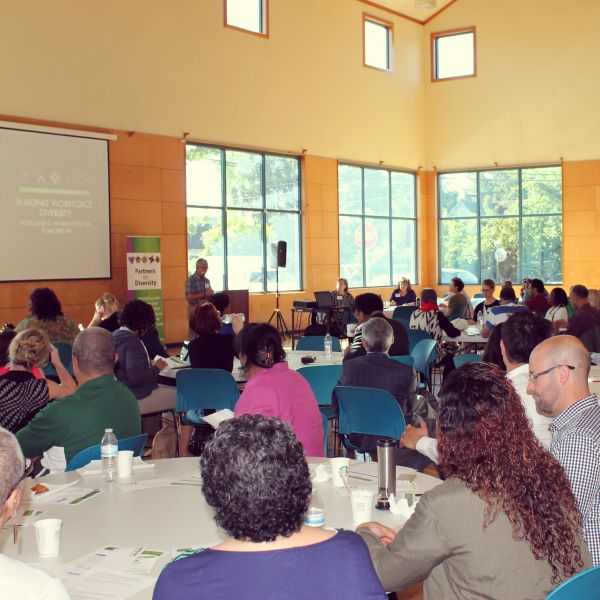