Say Hey! and overcoming isolation: A Perspective from an Honoree

September 1, 2022 – Moving across the country, whether it’s for a job, a change of scenery, or a life-changing event, can be intimidating. Being away from the place you called home and from your support system makes you question whether you’ve made the right decision.

Events like Say Hey! give newcomers and people of color like me an opportunity to build community and make connections that can help you feel more at home. That is precisely what happened to me at August’s Say Hey! event hosted by Partners in Diversity.

In the past, I had the opportunity to help organize and work at Say Hey! for Interns. Last month, I attended Say Hey! in downtown Portland as an Honoree. An Honoree is a professional of color who moved to Oregon or southwest Washington within the past 18 months. Being an Honoree allowed me to meet other individuals from diverse backgrounds, both ethnically and professionally. Nothing is more comforting than interacting with individuals you can connect with on a personal level. Where I previously saw networking as a mere exchange of business cards, Say Hey! showed me that it was much more. It is about building lasting connections with the people in your community.

After speaking with other Honorees, I realized they were just as eager as I was to connect with other professionals of color to strengthen their roots within their new community.

Something that stood out to me from the event was that other people from my hometown of Houston, Texas, were also in Portland. It was eye-opening to realize that Say Hey! truly makes it possible for people with similar backgrounds to meet, even in an environment where it seems unlikely.

Say Hey! changed my experience as a new professional in Portland for the better. If you moved to Oregon or southwest Washington in the past 18 months and feel isolated or disconnected, as I did after moving to Portland, save the date and sign up to be an Honoree at next quarter’s Say Hey! on November 2, 2022. 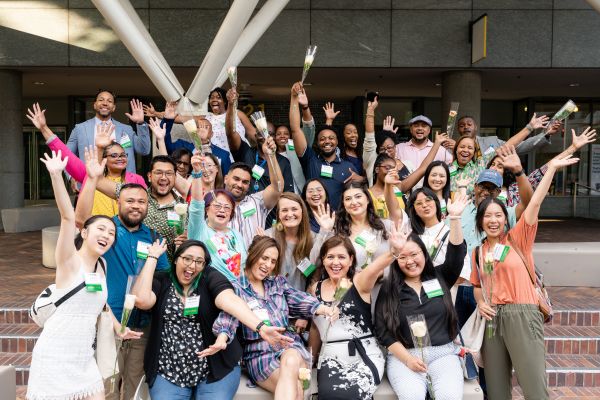